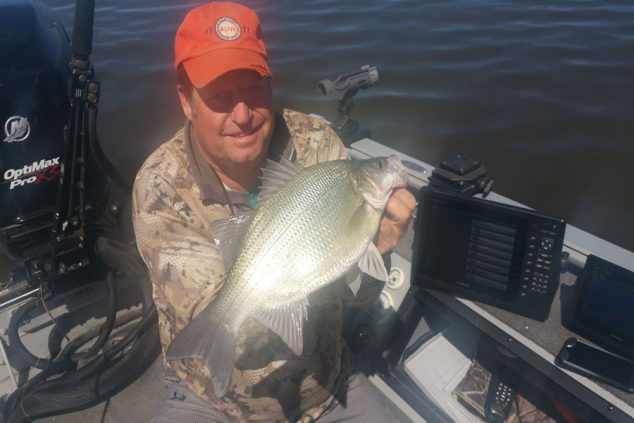 MADISON — Records are made to be broken, and anglers quickly proved this truism in the first year of Wisconsin’s new program recognizing catch-and-release state record fish. Traditional state records for fish by weight also fell in 2017, but the bigger story was the multiple first-time records hauled in by two anglers.

Rod Eberly of Appleton secured a spot in state fishing history when his 17.75-inch white bass, caught and released May 8, 2017, was recognized as Wisconsin’s first ever catch and release record. His record, however, was short-lived. 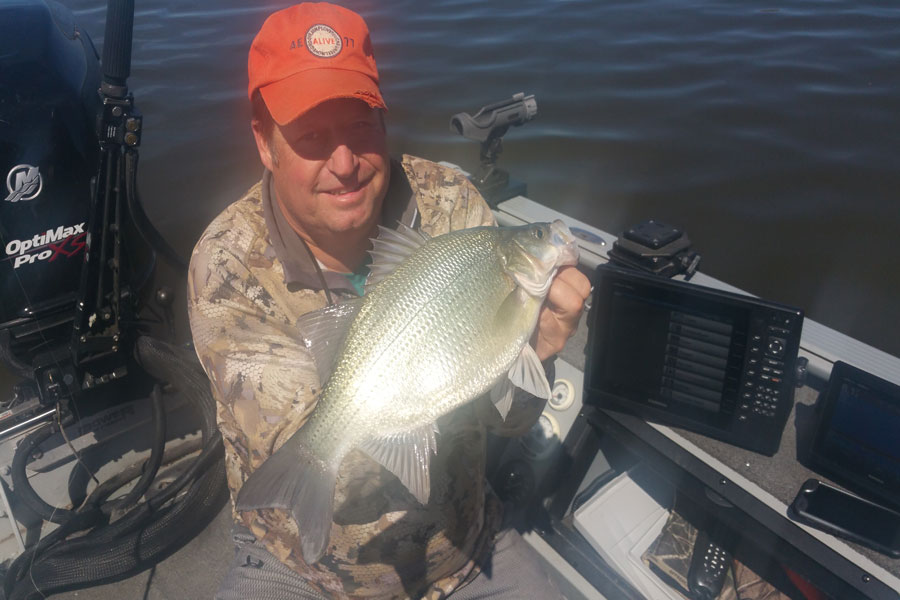 Kevin Larson of Hudson knocked Eberly off the leader board with the 18-inch white bass he caught and released on Cedar Lake in St. Croix/Polk counties on Aug. 23. Larson edged out Eberly’s bass out by a quarter of an inch.

Other initial records set in 2017 in the catch and release category that were still standing as of Feb. 1, 2018, are:

DNR recognizes live release records by length for specific fish species meeting qualifying lengths. The angler is required to submit an official record application and photos showing the fish lying along a ruler or other measuring device, and with the angler, which are reviewed and certified by DNR fish biologists.

Anglers in the traditional state fish record categories landed 11 new records in 2017, with two anglers accounting for six of them. DNR recognizes anglers who have legally taken the largest fish on record by hook and line, as well as those fish that have been taken by alternate methods including spearing or bowfishing.

For more information on state record fish and the process anglers should take if they have caught a fish that might be a state record by weight or under the new live release program, visit dnr.wi.gov and search “record fish.”

Anglers who want to pursue state records for less well-known fish species will want to make sure they do not possess endangered and threatened fish species.

In a year when anglers hauled in a stringer full of state record fish, Parker Welch’s feat stood alone. 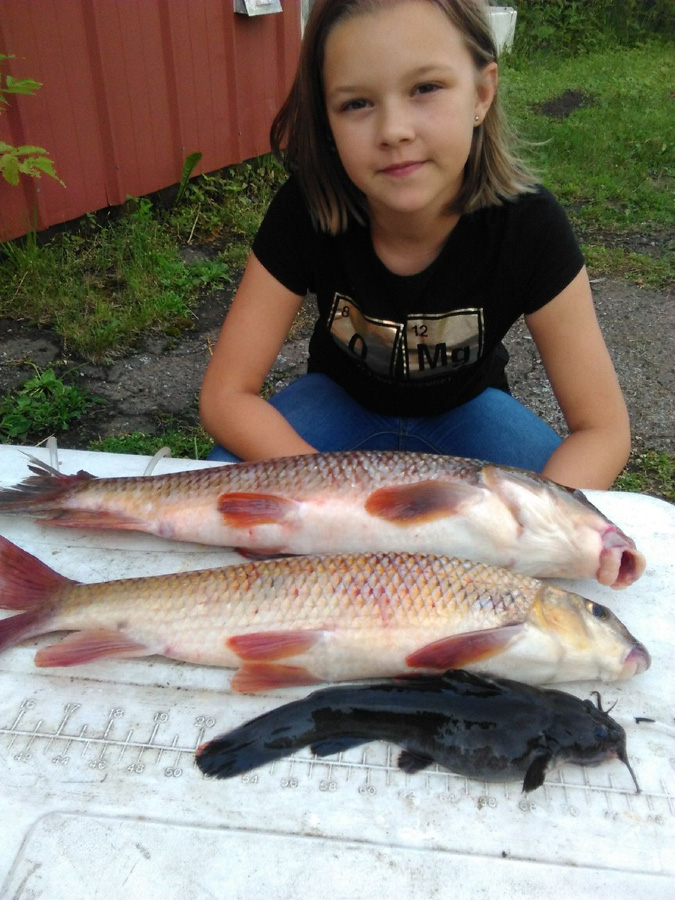 The 12-year-old sixth grader from Merrill, Wis., set three fish records in a single day, spincasting a fish story that begins with the love between a daughter and her father and their appreciation for Wisconsin’s lesser known fish: shorthead redhorse; golden redhorse; and stonecat. “It was exciting,” says Parker.

Her fish story begins 40 years ago, when her dad was growing on up a resort on Pelican Lake between Rhinelander and Antigo. From the time Alan Welch could walk he was catching fish, and by the time he was his daughter’s age he was guiding resort guests on fishing trips and cleaning the fish they caught for money to buy a new bike.

“I caught thousands of walleye and musky,” Alan Welch says. “To keep it interesting, I got into fish identification and I’d start going after weird stuff – fish like gar and carp. They are harder to catch because people don’t target them and there is no information on them.”

When his daughter Parker was a toddler, Welch introduced her to fishing and the two became fishing buddies, a shared bond and commitment to the outdoors that mom Jackie Welch appreciates. Parker became an accomplished angler although the father and daughter mostly focused on lesser known species in surrounding lakes and streams.

Parker enjoys fishing, and continues to make time for it even as she maintains a 4.0 Grade Point Average in school, serves as the wrestling team manager, and shot her first buck this fall.

“I like spending time with my dad,” Parker says. “Whatever he’s trying to catch I try to catch too.”

One day last year her father told her about his idea of trying to set multiple fish records. “I wanted to do it all on the same day so it was hard to beat,” he says.

That the pair set out to accomplish the feat on July 4th was coincidental; they knew from fishing those species before that the catching was easier when it was sunny and hadn’t rained for a couple of days. Fishing from shore with nightcrawlers, Parker caught the shorthead red horse in the morning on the Prairie River. “At that point, I think we knew we could get all three in a day,” Alan says. Parker caught the golden redhorse at noon, and then the pair went home until nighttime, when they went fishing on the Wisconsin River and caught the stonecat, a member of the catfish family whose name reflects its habit of hiding out under stones or logs during the day.

The fishing duo took Parker’s catches to a meat market in Wausau to get them weighed. “Most of them had never seen a fish like that. We had some comments, but they were happy for us,” Alan Welch says.

The daughter and father fishing duo are not ready to rest on their laurels. They’re angling for two records this summer: greater redhorse and longnose sucker.