Bald eagle nests increase 5.7 percent in 2017 to hit another record 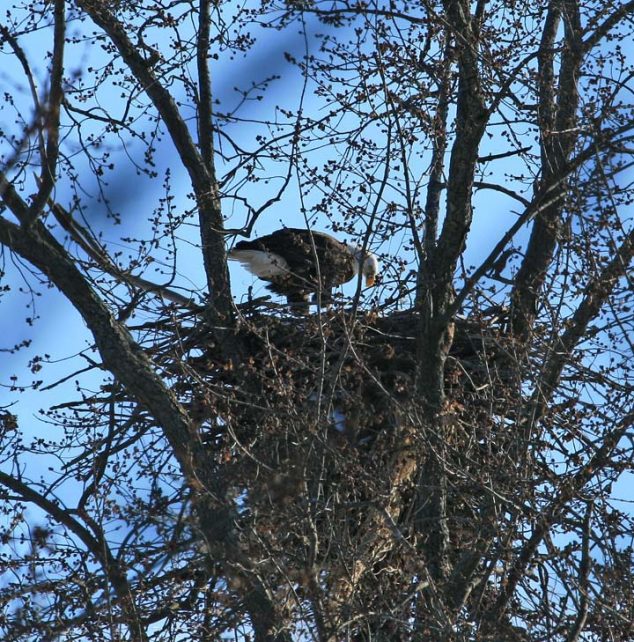 Three findings in the 2017 survey report (click on dropdown bar for nongame) tell the tale of bald eagles’ recovery: 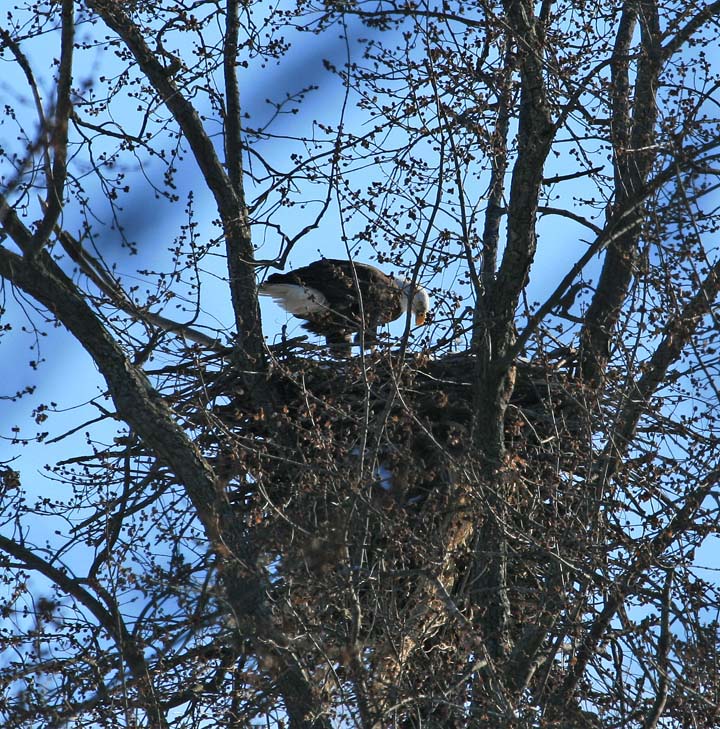 Eagles are being seen in more parts of Wisconsin as they continue to expand their nesting range.
Photo Credit: Donna Higgins

“The Kenosha County nest was probably the biggest news this year because it is the first documented nest in the county since the survey began,” says Laura Jaskiewicz, the Department of Natural Resources conservation biologist who coordinates the aerial survey. “That was very exciting.

“We also find it very interesting that we had such a large increase in new nests. We find new nests every year and it’s been steadily increasing, but we found twice as many as the previous year.”

Jaskiewicz said the 5.7 percent nest increase in 2017, from 1,504 to 1,590 reflected at least in part more extensive efforts to look for eagle nests along the Mississippi River Valley, where it’s typically more difficult to document them. The number of new nests in that part of the state contributed 30 percent of the total increase in nests over 2016.

“We also had some interesting findings that suggest the eagle population in the northern part of the state is getting close to its carrying capacity,” Jaskiewicz.

“This is a milestone because it reinforces the idea that in Oneida County we are near the biological carrying capacity for eagles,” Eckstein says. 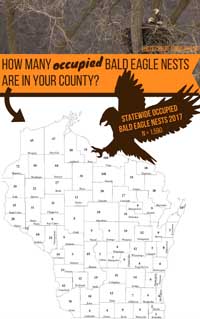 The 2017 survey, conducted by DNR staff from the Natural Heritage Conservation and Wildlife Management bureaus and DNR pilots, marked the 45th consecutive year that the bald eagle occupancy survey has been completed in Wisconsin, which makes it one of the longest running surveys of its kind in North America. “Bald eagle nests numbered 108 statewide when the surveys started in the early 1970s, when bald eagles were listed as state and federally endangered species. The record number of nests results from protections under the state and federal endangered species laws, declining levels of DDT in the environment, and DNR and partner efforts to help monitor and aid recovery. Bald eagles were removed from the state endangered species list in 1997 and the federal list in 2007.

Eagle nests are federally protected by the U.S. Fish and Wildlife Service’s Bald and Golden Eagle Protection Act and the Migratory Bird Treaty Act, which celebrated its centennial in 2016.

Citizens and organizations can help fund bald eagle annual nest surveys by sponsoring an eagle nest Through the DNR’s Adopt-An-Eagle Nest program. For a minimum contribution of $100, sponsors can receive an adoption certificate, an aerial photo showing the location of your eagle nest, results from the surveys and a full-color eagle calendar. For more information, search the DNR website, dnr.wi.gov, for “AEN.”

In addition, purchasing a DNR bald eagle specialty license plateoffers eagle enthusiasts a way to show their love for this majestic bird and to help fund the next conservation success. Search the DNR website for “eagle plate” for more information.

Read more about bald eagle recovery and eagle watching in Wisconsin, specifically along the Fox River, in the December 2017 Wisconsin Natural Resources magazine cover story “Eagle encounters on the Fox.”