Cougar presence in Wisconsin carries into 2018 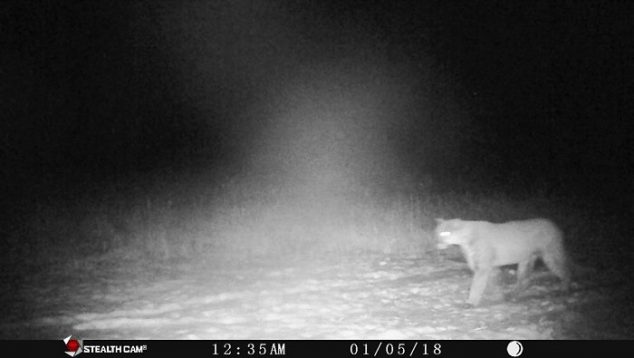 MADISON – Department of Natural Resource staff confirmed trail camera photos of a cougar in Fond du Lac County in early January in addition to confirmation of a cougar moving through Lincoln and Langlade counties in mid-December. 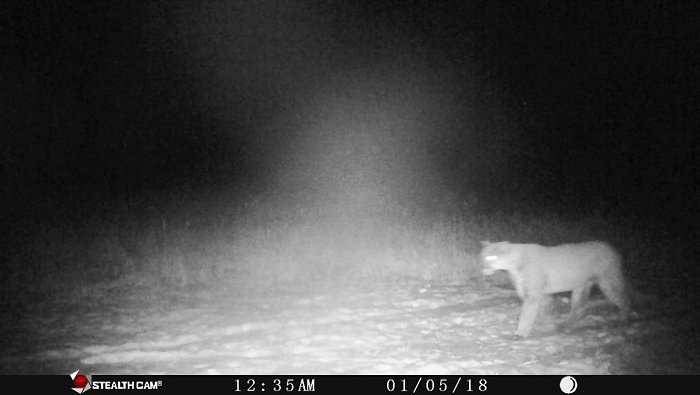 The properties near Antigo and Merrill are roughly 23 miles apart, and these photos present the possibility that this was the same cougar, moving in an easterly direction. It is unknown whether these photos show the same animal photographed on multiple trail cameras in central Wisconsin between early August and late October 2017, or of the cougar reported in Douglas County in mid-November.

Cougars can travel long distances in a short time period. Without biological material for genetic testing, department staff are unable to confirm whether this is one or multiple cougars. As a reminder, suspected cougar sightings can be reported by searching the DNR website, dnr.wi.gov, for large mammal observation form. 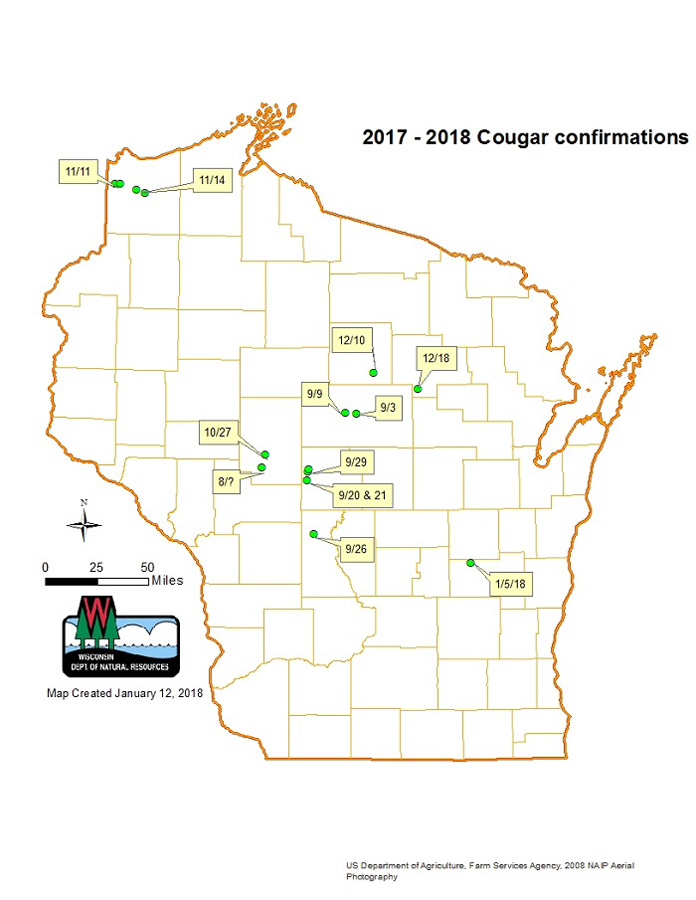 There is currently no evidence that cougars are breeding in Wisconsin. Biologists believe the cougars known to have entered Wisconsin are male cougars dispersing from a breeding population in the western United States.

Cougars are a protected species in Wisconsin and hunting is not allowed. Cougars are not considered a threat to public safety, and in the unlikely event that a person is confronted by a cougar, face the animal and spread your arms and open your coat or jacket to appear larger. If a cougar approaches, make noise and throw rocks or sticks.