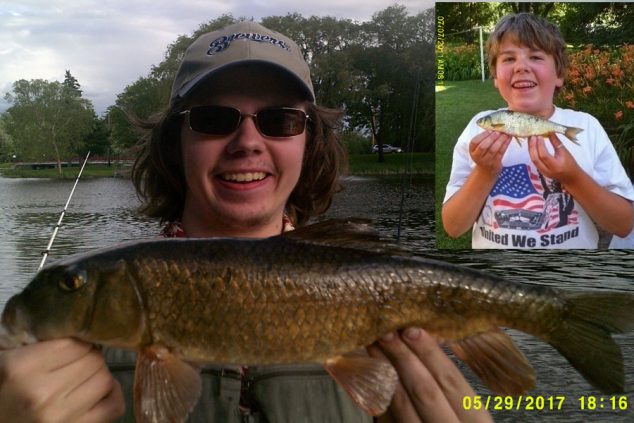 MADISON – Four Wisconsin anglers have reeled in their place in fishing history by establishing the first state records for fish caught and released live.

Rod Eberly of Appleton submitted the first ever application under the new live release state record fish program launched earlier this year by the Department of Natural Resources. Eberly’s historic catch was a 17.75-inch white bass caught and released May 8 from the Fox River in Brown County. 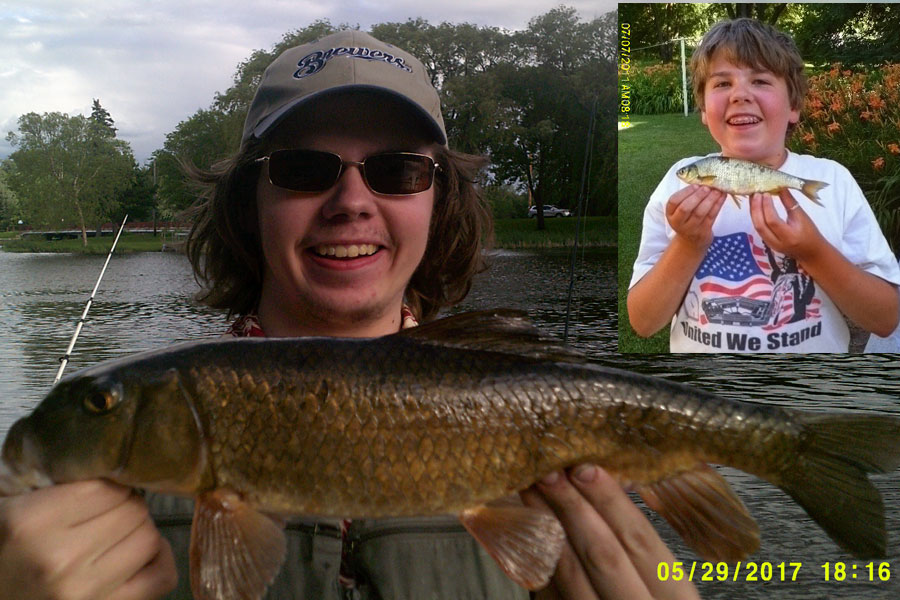 Eric Amenda from Germantown caught and released an 8.25-inch pumpkinseed sunfish on May 28 from Pleasant Lake in Waushara County.

Dennis Wilkerson of Twin Lakes caught and released a 10.5-inch rock bass on June 10 from Powers Lake in Kenosha County.

“We’ve heard from anglers over the years that they wanted an opportunity to get recognized for catching and releasing trophy fish, so we’re happy to say we have our first live release records on the books and look forward to many more,” says Justine Hasz, DNR fisheries director.

DNR recognizes live release records by length for specific fish species meeting qualifying lengths. The angler is required to submit an official record application and photos showing the fish lying along a ruler or other measuring device, and with the angler. The photos and application are reviewed and certified by DNR fish biologists. New live release records must exceed the existing record by at least 1/4 inch.

The new live release records program is part of a larger effort to promote quality fishing and encourage the careful release of trophy-size popular sport species. Similar efforts have found success in other states and among some national record-keeping organizations.

Six traditional records and a stringer of great fish tales

Anglers in the traditional state fish record categories landed six new records — and some even better fish tales – in the first half of 2017. DNR recognizes anglers who have legally taken the largest fish on record by hook and line, as well as those fish that have been taken by alternate methods including spearing or bowfishing.

Among the record setters is a pair of brothers, a Madison teenager who set his second state fish record after a frenetic race for the golden shiner record in 2011, and a Denmark angler who broke his own record. Traditional categories are determined by fish weight, with anglers needed to have the fish weighed on a certified scale. DNR recognizes anglers who have legally taken the largest fish on record by hook and line, as well as those fish that have been taken by alternate methods including spearing or bowfishing.

Shawn Schmidt of Denmark bettered his own record with a 9.5-inch, 13-ounce pumpkinseed speared on May 13 from Silver Lake in Washington County.

For more information on state record fish and the process anglers should take if they have caught a fish that might be a state record by weight or under the new live release program, visit dnr.wi.gov and search “record fish.”