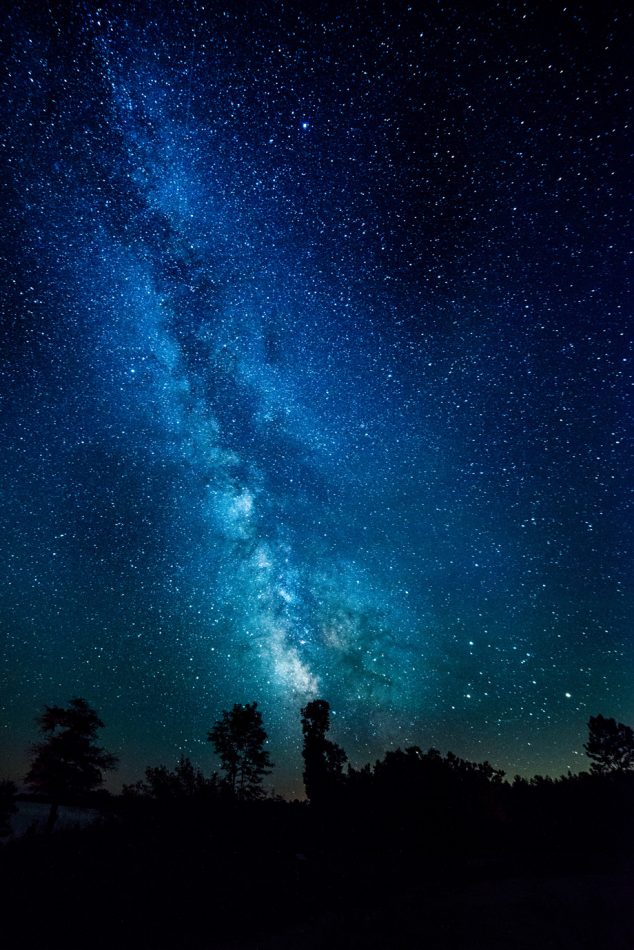 ELLISON BAY, Wis. – Newport State Park, Wisconsin’s only wilderness state park, has now also become the first state park in Wisconsin to be designated an International Dark Sky Park, one of just 48 parks in the world to earn the designation.

Located on the western shore of Lake Michigan on the northern tip of Door County, Newport has a dark sky that offers excellent nighttime viewing with an unobstructed view of the eastern horizon. As a designated wilderness park, the 2,373-acre park offers only backpack camping and has minimal developments beyond the park office, picnic area and trails.

Based in Tucson, Ariz., the International Dark-Sky Association is a non-profit organization founded in 1988 that is dedicated to protecting the night skies for present and future generations. The association advocates for the protection of the night sky, educates the public and policymakers about night sky conservation, promotes environmentally responsible outdoor lighting and empowers the public with the tools and resources to help bring back the night.

The idea for applying for the designation began four years ago when Ray Stonecipher, a local Door County amateur astronomer, approached Hefty about seeking the designation. The park also received assistance from supporting partners including the Door Peninsula Astronomical Society and the Newport Wilderness Society.

The association has program guidelines that outline specifics for Dark Sky Park designation, which included sky meter readings from 14 locations with the park, conducting astronomy education programs and developing a light management plan.

The association board unanimously approved Newport State Park as an International Dark Sky Park on April 27, joining the ranks of Big Ben, Glacier and Grand Canyon national parks. Only 13 other state parks in the United States have received the designation.

“In a modern world that is accompanied by ever increasing levels of nighttime illumination, a truly dark sky at night is rare and unique,” said Michelle Hefty, park superintendent.

“From lighting projects to community education and outreach, our commitment to protect our dark sky is a priority we take seriously,” said Beth Bartoli, Newport State Park naturalist who helps conduct astronomy programs at the park. “We never tire of seeing that ‘aha’ moment on the upturned faces of our visitors as they gaze toward the heavens.”

The park will host a dedication ceremony on Thursday, June 22 when an official International Dark Sky Park sign will be placed in the park. The ceremony will feature talks by members of the Door Peninsula Astronomical Society and Newport Wilderness Society as well as state and local officials. The ceremony will begin at 1 p.m. at the park shelter and is open to the public with light refreshments served afterword.