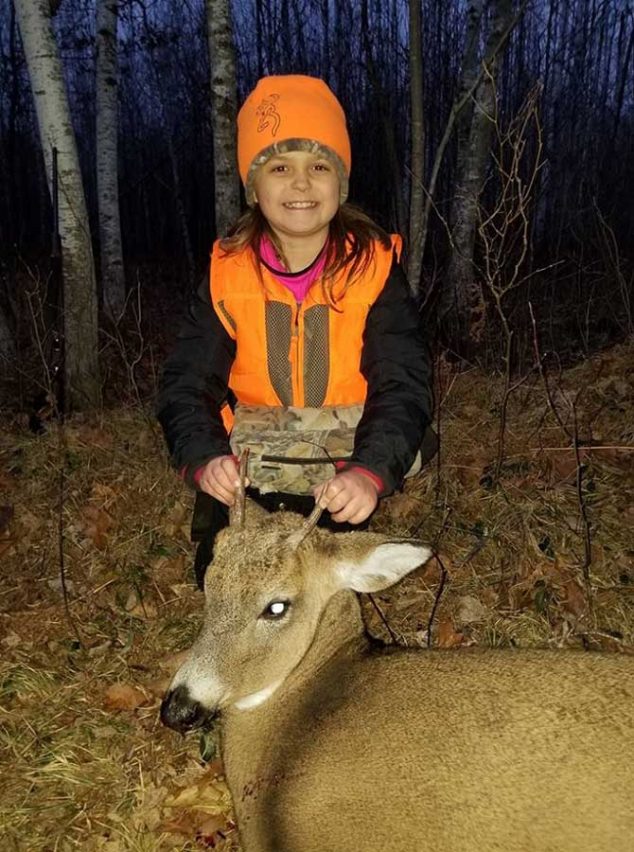 [EDITOR’S ADVISRY: This news release has been updated to correct that the muzzleloader season runs through Dec. 6.]

MADISON – Another Wisconsin nine-day gun deer season is in the books, and preliminary registration numbers show a slight increase in statewide buck harvest. Similar to 2016, northern counties again showed the most significant increases in both buck and antlerless harvest.

“No matter how you look at it – whether from a social or economic standpoint – deer hunting is huge for Wisconsin,” said Department of Natural Resources Secretary Dan Meyer. “Nearly 600,000 hunters headed into the woods for the nine-day hunt, and there are additional opportunities to harvest a deer through January so our hunters can continue to enjoy this tradition.”

Wisconsin’s nine-day gun deer season continued to show hunting as a safe recreational activity, as the season ended with seven hunting incidents and no hunting-related fatalities. None of these incidents involved mentored youth hunters.

It was a great year in the field for many Wisconsin hunters.
Photo Credit: DNR Facebook contributed photo

For the second straight year, the largest change in buck harvest occurred in the Northern Forest Zone (12.7 percent increase from 2016) after three consecutive mild winters and limited antlerless tags.

“Except for opening day in some areas, we had pretty good hunting conditions throughout the season,” said DNR big game ecologist Kevin Wallenfang. “Some magnificent bucks were taken, it was a safe hunt, and overall most hunters that I have talked to were pleased to see more deer than in recent years, especially in the northern forest counties.”

“Combined with the early archery and crossbow seasons, total buck harvest is ahead of 2016, and there’s a lot of deer hunting yet to occur this year. When all deer hunting seasons are complete in January, we will look at the total harvest and start making plans for 2018.”

The nine-day hunt also provided successful hunters with 97,374 antlerless deer, down roughly two percent from 2016. However, those numbers will climb as hunters enjoy the statewide muzzleloader hunt, statewide four-day antlerless only hunt and nine-day antlerless only Holiday Hunt in select farmland counties. Hunters may use any unfilled antlerless tag during each of these hunts, but those tags must be used in the Zone, county, and land type designated on the tag.

For the nine-day gun deer hunt, the 2017 regional harvest breakdown by region (with percent change from 2016) included:

Hunters are required to register harvested deer before 5 p.m. the day after harvest at gamereg.wi.gov or by calling 1-844-426-3734. Any hunter who failed to follow mandatory registration rules should do so now, despite having missed the deadline. For more information regarding preliminary registration search keywords “weekly totals.”

Hunting in Wisconsin is safe which is demonstrated by our continued downward trend in hunting incidents. Four of the last five deer seasons were fatality-free and nine out of the last 10 deer season ended with single-digit incident totals.

“Conservation wardens saw hunters following the firearm safety message of TABK – and took time to educate those who were not,” Schaller said. “Hunters, and families of hunters, were out enjoying a treasured Wisconsin tradition.”

Hunters are reminded of additional opportunities to hunt deer in Wisconsin. 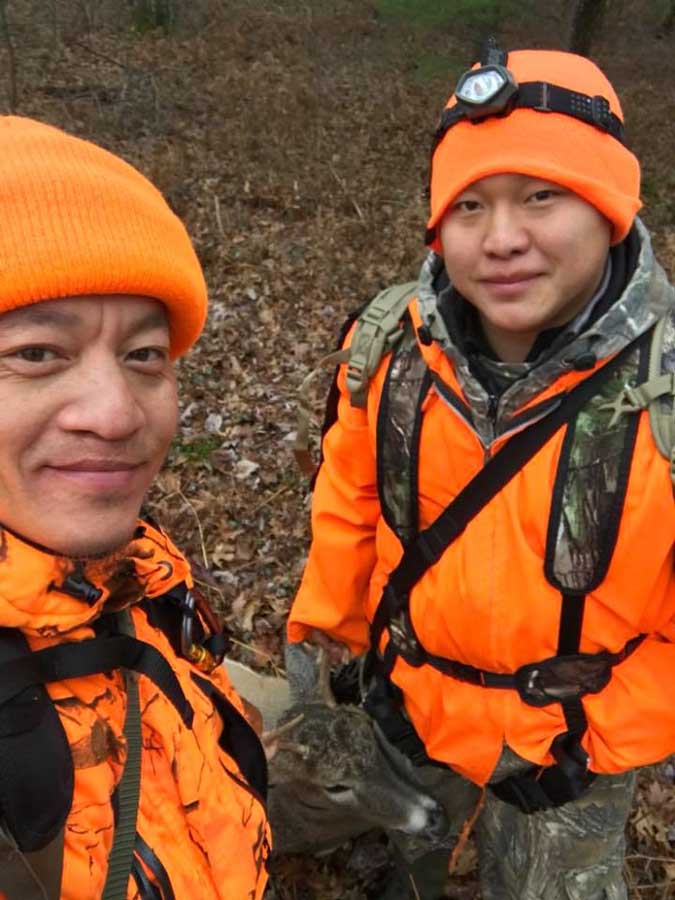 Hunters continue to use social media to share their experience in the woods with DNR staff and fellow outdoor enthusiasts.
Photo Credit: DNR Facebook contributed photo

Hunters are reminded of additional opportunities to hunt deer in Wisconsin. This year’s muzzleloader season is currently open through Dec. 6, and the archery season is open through Jan. 7, 2018. A four-day antlerless-only hunt will take place Dec. 7-10, while the holiday hunt will be offered in select counties from Dec. 24 to Jan. 1, 2018. Any legal firearm, crossbow or archery equipment may be used during these hunts.

The gun deer season in metro sub-units will remain open through Dec. 7 while archery and crossbow hunting in these sub-units is open through Jan. 31.

For more information regarding which hunts may be offered in each county, check out the interactive deer map at keyword “DMU.”

In addition, since hunters embraced the variety of ways that they can submit CWD samples during the regular season, hunters are reminded that CWD sample opportunities continue to be available throughout the remaining seasons. Individuals interested in providing important information on the health of the herd and having their deer sampled should visit the WDNR website and search keywords “CWD Sampling.”

The cooperation of hunters and private businesses has become increasingly vital to the success of our sampling process. Department staff would like to thank all those who continue to assist with CWD surveillance.

GameReg internet registration system and call-in phone option worked well overall, while hunters continue to visit walk-in stations that offer these services. Positive feedback was received throughout the season as hunters enjoyed the convenience and flexibility of GameReg – 62 percent of registrations were completed online and 36 percent were completed via telephone.

With GameReg, the accuracy of deer harvest numbers is directly related to the level of hunter compliance. If a hunter forgot to register their deer, they still have time to use GameReg and help ensure each deer harvest is counted. For more information, search keywords “GameReg.”

The Deer Hunter Wildlife Survey will remain active until all deer seasons have ended, and wildlife managers ask that hunters submit a report of what they observe during their time in the field. This information will provide valuable data used to improve population estimates for Wisconsin’s deer herd and other species. For additional information, search keywords “deer hunter wildlife.”

While counting down to next year’s hunt…

While the nine day hunt has ended, hunters are reminded to connect with DNR staff on social media through the department’s Facebook, Twitter and Instagram pages. DNR staff look forward to photos from the field each year. Also, be sure to check out Wild Wisconsin – an all new web and podcast series focused on all things deer hunting. So far, over 200,000 viewers have used the series to help prepare for deer season.

Hunters who harvested their first deer this season are also reminded to fill out a first deer certificate and commemorate a successful hunt. A printable certificate will be sent to the email address provided.